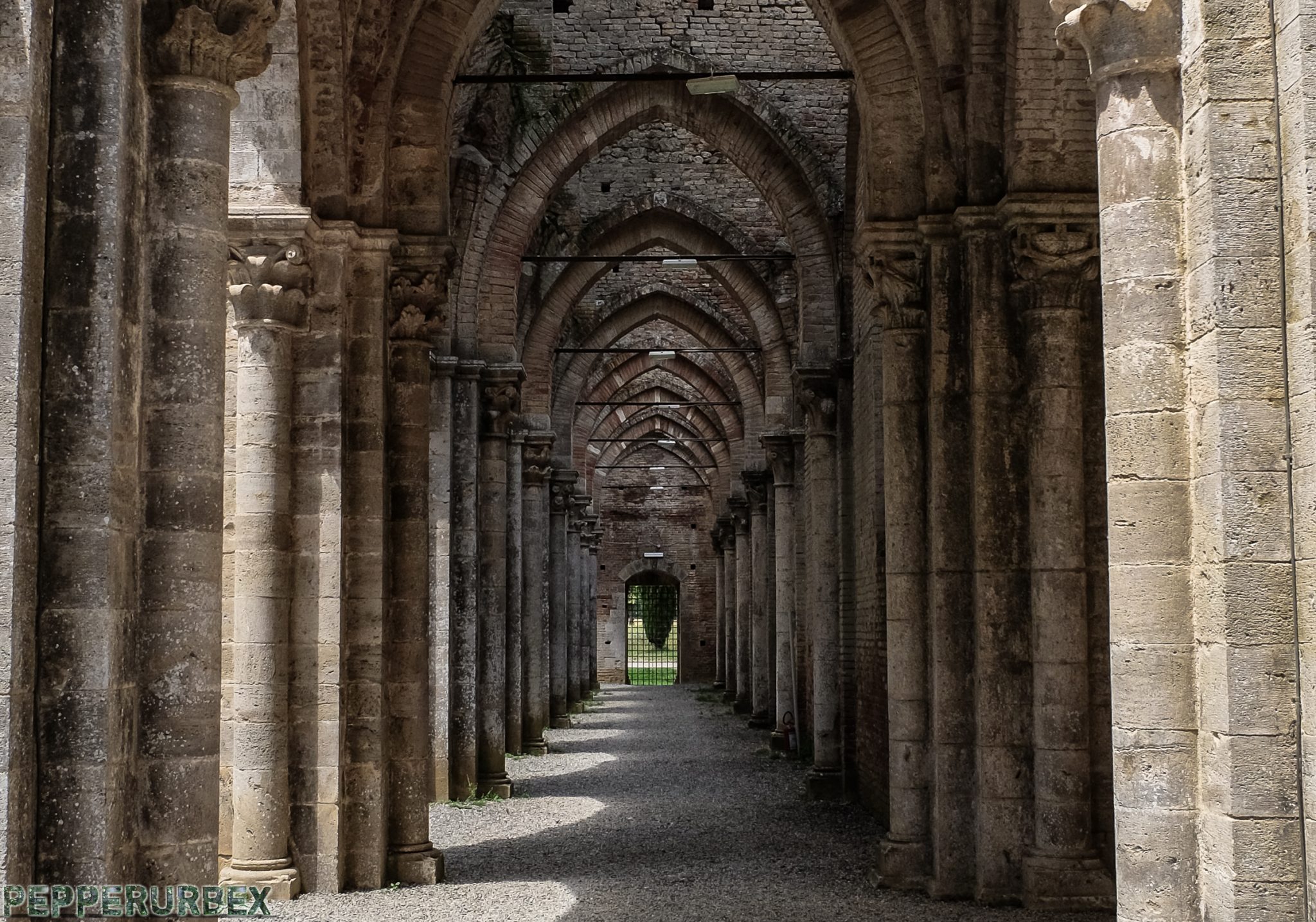 Italy’s Abbey of San Galgano was once a thriving hermitage, but a lack of protection from roving bandits soon saw the monastery fall into disrepair and eventually be decommissioned, leaving the stunning ruins that stand to this day.

First built in the 1200s, the Abbey of San Galgano was established on the site of the former hermitage of San Galgano. The abbey saw a healthy number of pilgrims in its early life, but within a century, the abbey’s attendance had petered out and the church began to fall apart. in the late 1700s, the roof of the church caved in, and the site was looted for materials.

The haunting ruins were left generally untouched after the abbey was abandoned, and by the 1800s, restoration efforts had begun. While the abbey would never be rebuilt, steps were taken to make sure that it did not crumble to nothing. It stands to this day like a ghostly specter in an Italian field. Galgano’s sword in the stone is also preserved in a nearby church, should any visitors want to see just exactly what made Galgano so special as to build him such a sturdy abbey.