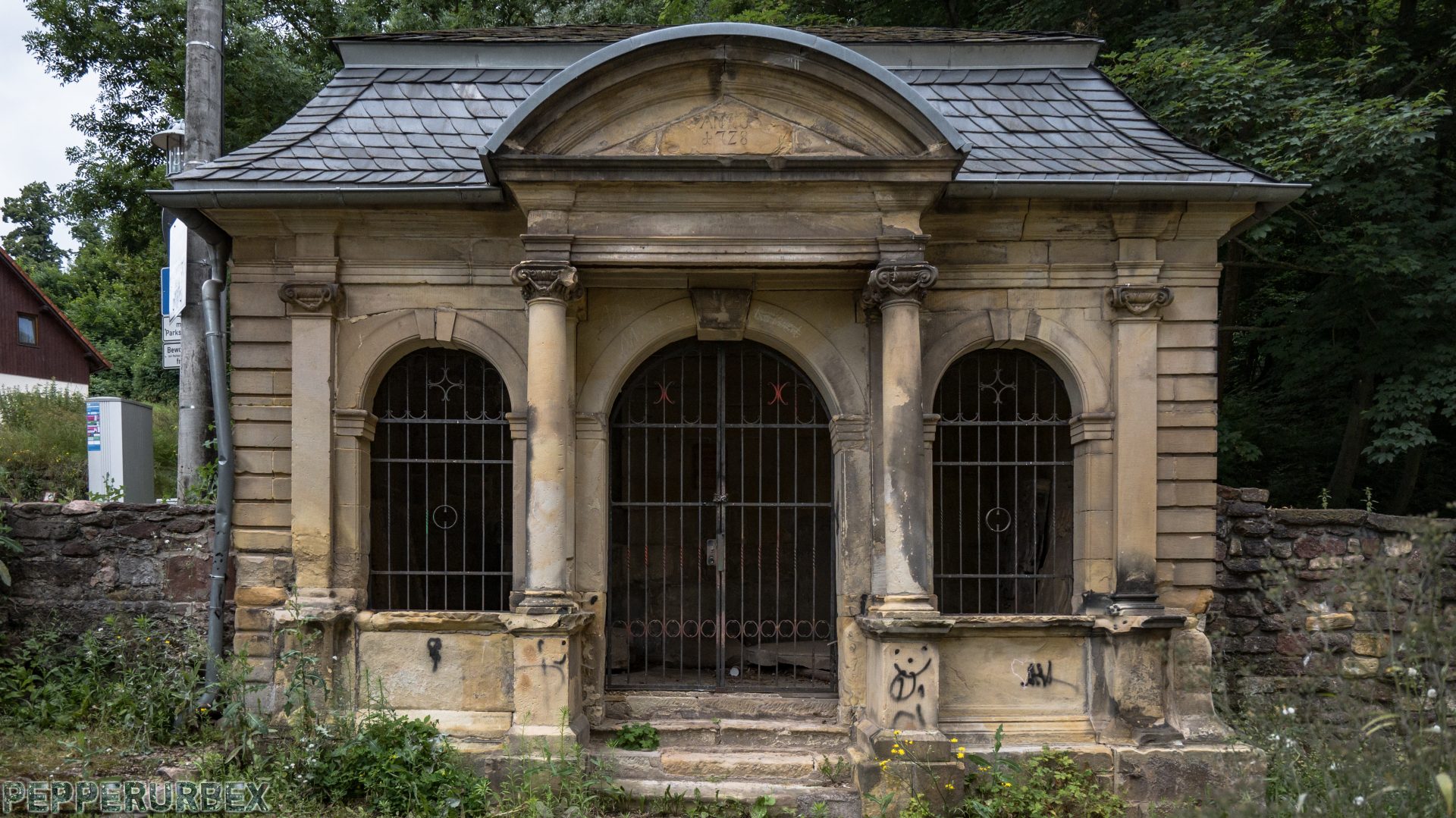 This old abandoned cemetery is 0.75 hectares in size and is located on the Schlossberg, near the path to the Wartburg. It was laid out in 1599 by Duke Johann Ernst as a graveyard outside the city wall of Eisenach to the west of the preacher’s gate.

Cemetery expansions in the years 1730, 1740 and 1834 gave the complex its current size. The old cemetery extends in the eastern part to the square where the Kreuzkirche was built by Johannes Mützel in 1697 and a mausoleum in 1828. In the northern part, the old cemetery extends to the city wall at Georgentor.
With the construction of the mortuary in 1829 by the architect Clemens Wenzeslaus Coudray, a friend of Goethe, the old cemetery in Eisenach became very famous. At the time, the building was the most modern morgue in Germany. In 1978, however, it had to be demolished due to dilapidation.

In 1867 the cemetery was closed and especially in the period after the Second World War, the site was hardly maintained and fell into disrepair. Numerous historical graves were removed over the years. Today, the remains of the city wall, the stork tower and a few tombstones of famous people from Eisenach have been preserved from the cemetery. The few tombstones that still exist are mostly no longer in their original place.