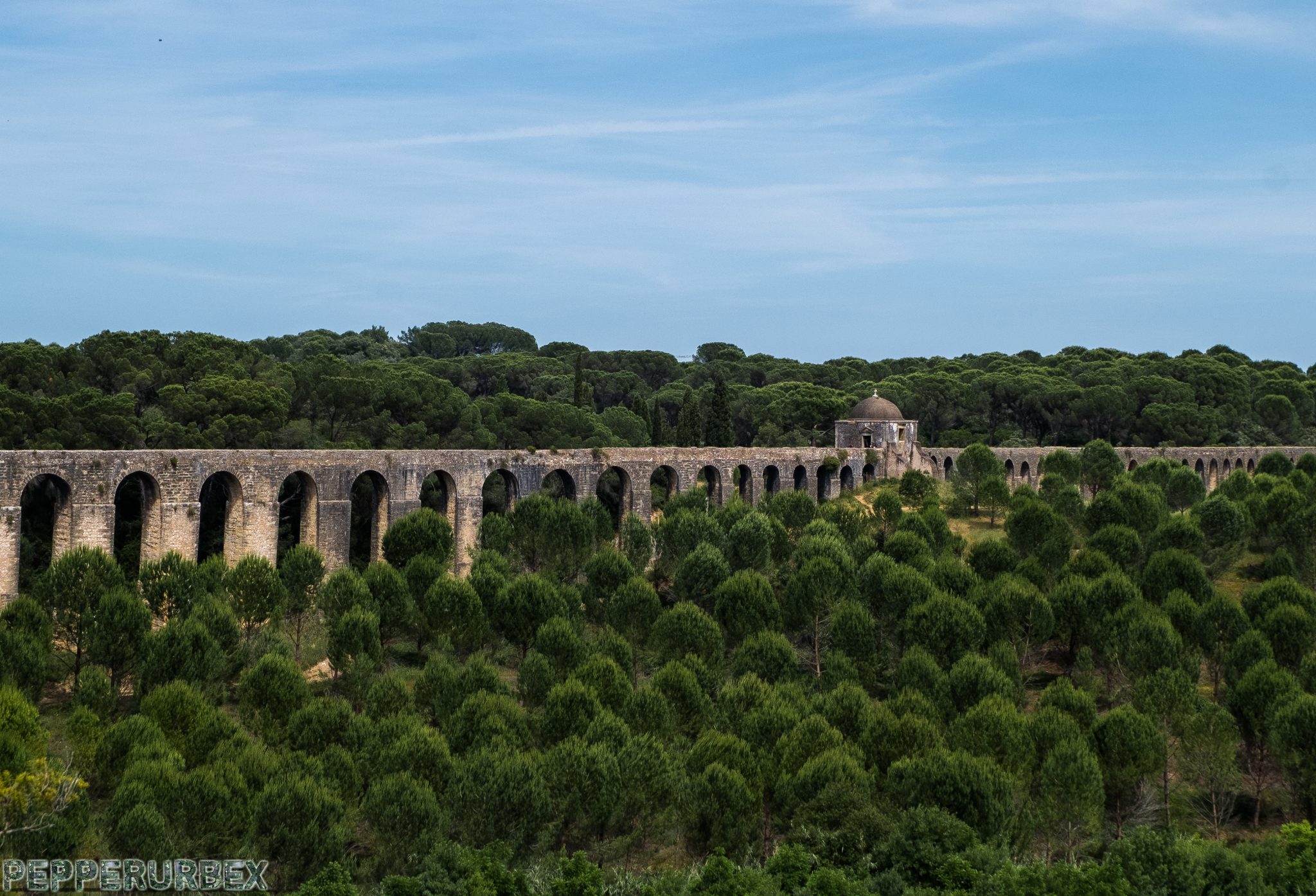 The city of Tomar, famous for its “Convento de Cristo” – World Heritage Site by UNESCO -, has another architectural marvel, which is the Aqueduct of Pegões, who brought water to the Convent .

Construction work had been started in 1593, under the reign of King Dom Filipe I (Filipe IV of Spain) and had been completed in 1614 by Pedro Fernandez Torres.
Made of 180 arches, 58 arcs at the most elevated part (30 meters height on Vale da Ribeira dos Pegões), the Aqueduct has been a national monument since 1910.