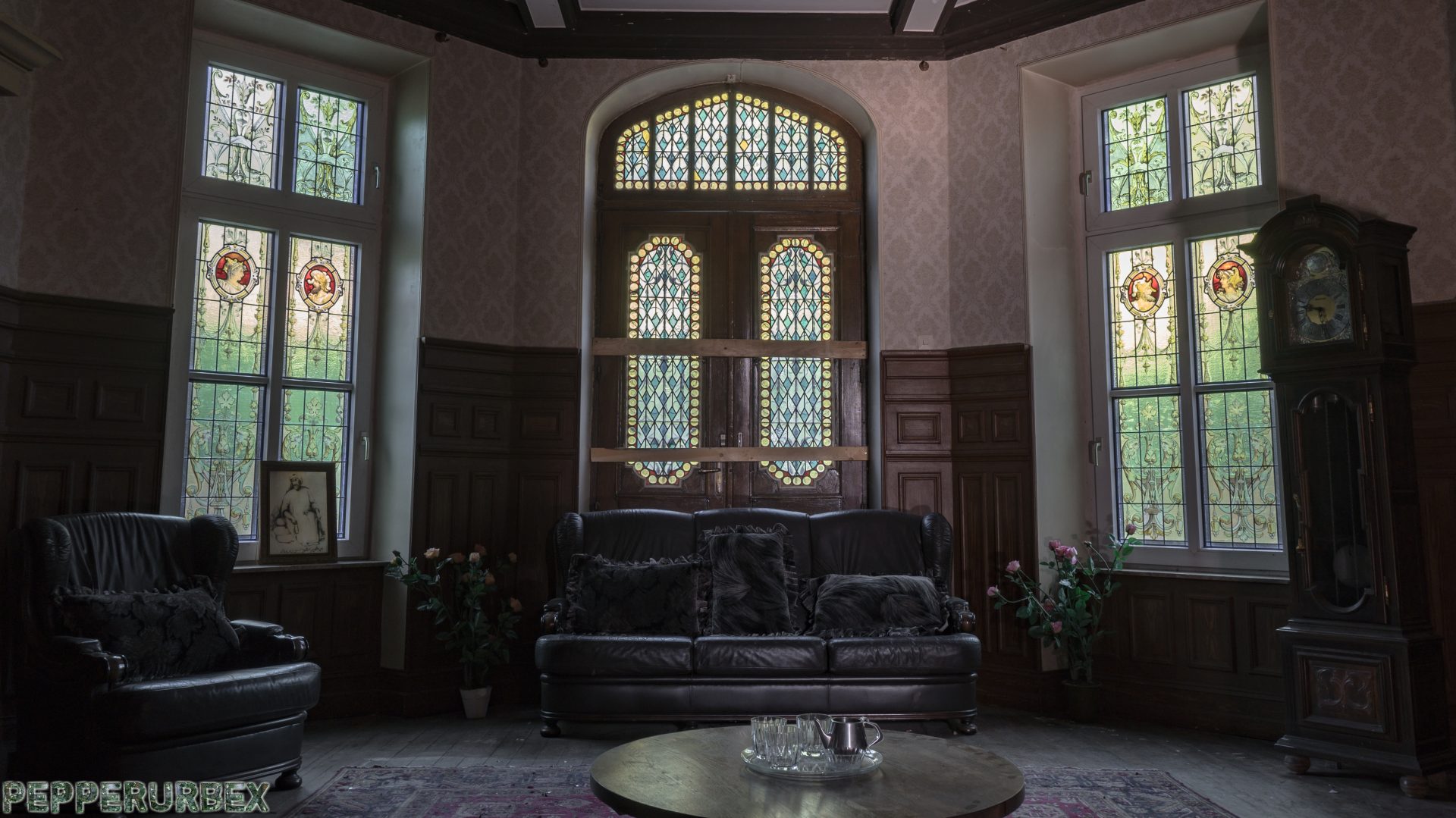 Château Arabia is a beautiful abandoned castle in Luxembourg. The castle was formerly built by a wealthy lord, who had 13 children with two different women. The man died very young at the age of 60. After his death, the castle was sold to a wealthy Arab sheik who used it as a vacation residence.

This sheik was also of an older age, and after his death his wife and children left the property and never returned. Therefore the castle has been forgotten since 2013, but still it’s full of personal belongings of the Arab owners. We saw photoalbums, lot’s of clothes, toys of the children and lots of furniture.

These pictures show some rooms on the ground floor. Pictures of the bedrooms and bathrooms are to be found in a previous post.