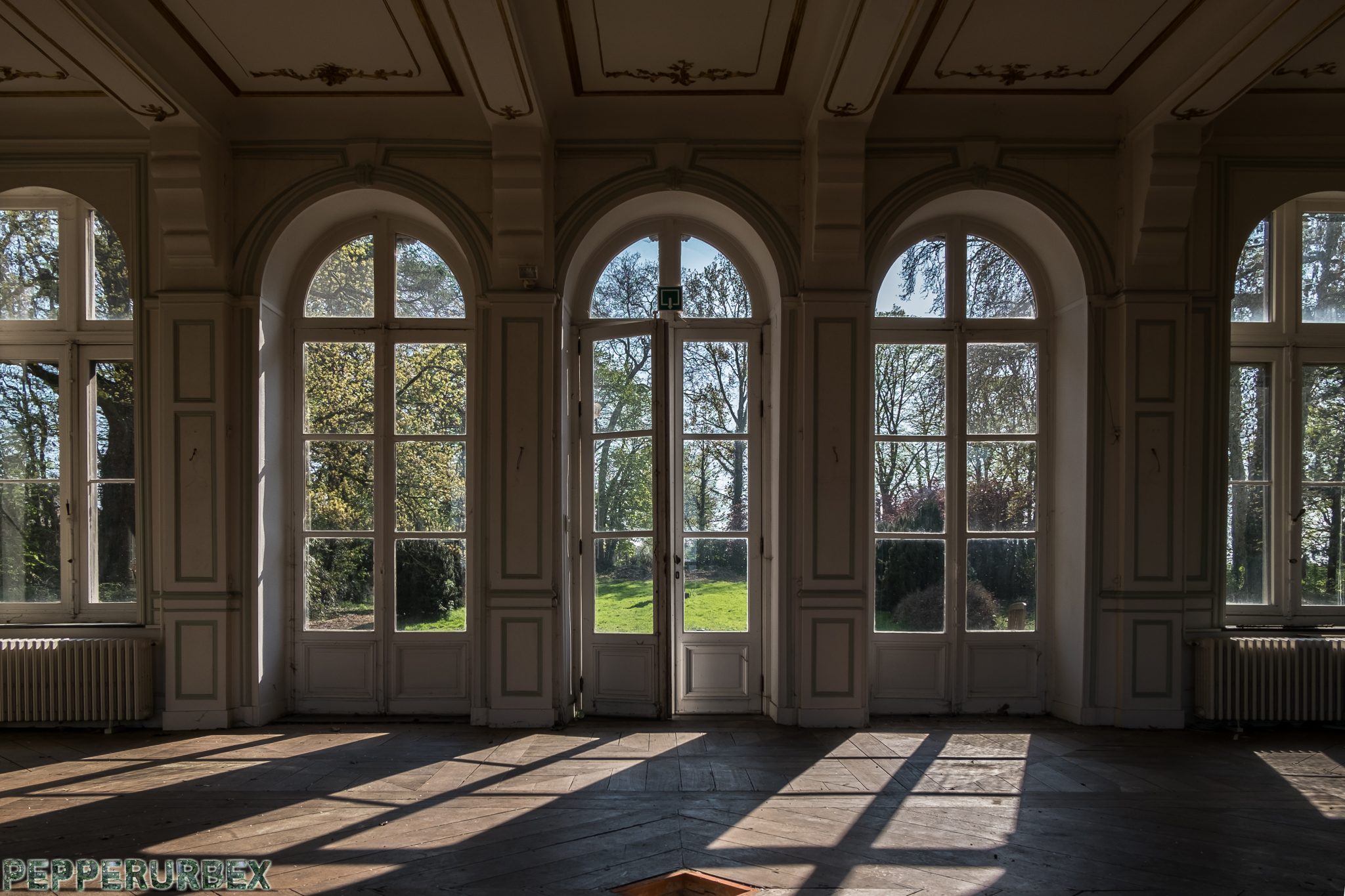 We visited this great location during a two-day trip and I was very glad that we could find and enter this huge complex. As a matter of fact, pretty special how we could come in … the backdoor was just invitingly open!

The history of this abandoned château, largely built in neo-traditional style, dates back to the 13th century. The domain, which was mainly used as a vacation residence, was consecutively owned by various noble families, including the de Ligne family, which owned it until late in the 15th century.

Halfway through the 19th century, the religious order of the Bernardines bought the castle and converted it into a monastery and boarding house by adding wings to serve as classrooms and cloister rooms. The sisters are also responsible for the construction of the impressive neo-Gothic chapel, which was built in 1901-1902.

After the departure of the nuns, the complex was sold in the 1960s to a commercial company that still owns it today. Because of the numerous renovations in the course of time, the whole has grown into a gigantic complex. It has a great outside and attractive rooms inside, such as the well-known ballroom, the chapel and the attic with clockwork that runs the tower bell.