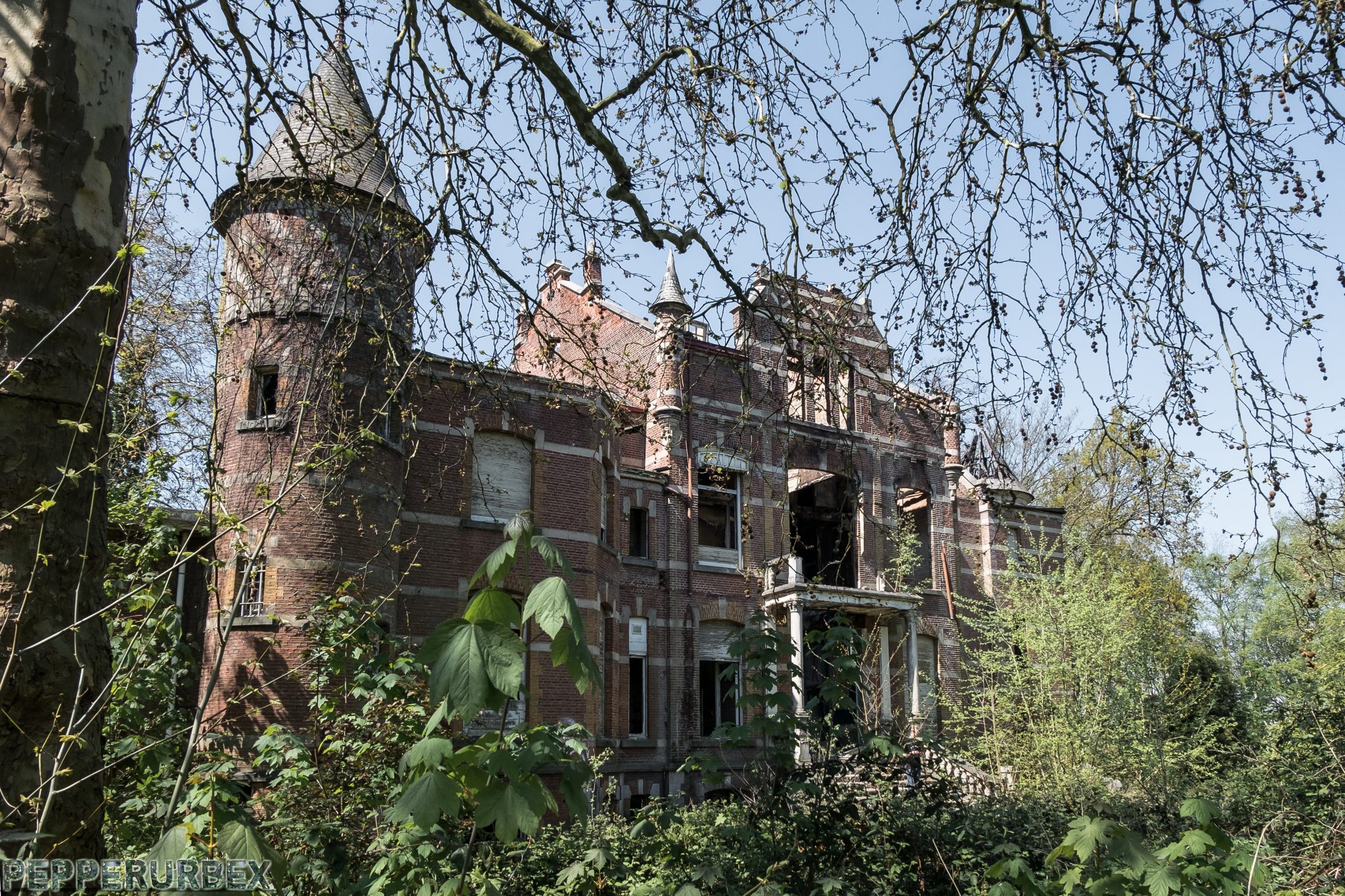 Anyone who drives along the A12 from Brussels to Antwerp, or vice versa, knows the Chateau Lindenbosch. The castle was built in 1895.

The castle was built as a country retreat bij the Ullens de Medaff family. The last years it esthablished first class restaurant Lindenbos, followed by Chinese restaurant Cité du Dragon.
Cité du Dragon was owned by the Vietnamese Luc Tu Liem, who ran the Cité du Dragon restaurant for years. At the beginning of 2007, she put it up for sale for 3 million euros. For that amount the buyer received a nineteenth-century castle with ten bedrooms in a domain of more than 2 hectares.
In 2008 the Chinese restaurant closed its doors and in 2010 part of the castle was destroyed by a fire that was probably ignited. Since then it burned six times, leaving the building completely destroyed and extremely dangerous on the inside.