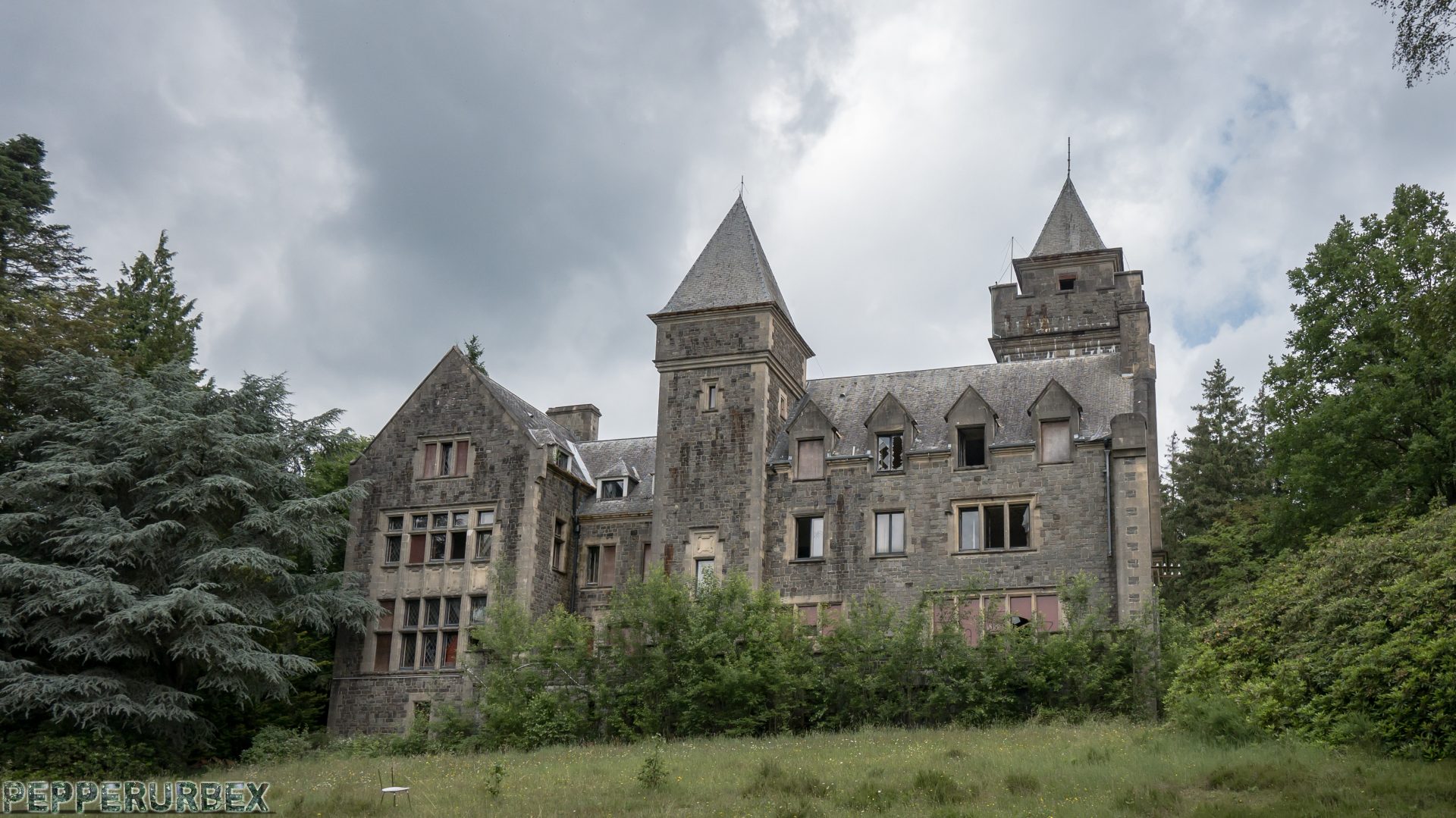 This is a well-known location for urban explorers, but unfortunately also for the vandals who really have to demolish everything and clamber under. A shame, because this must have been so beautiful inside.

After WWII, Chateau Wolfenstein was part of a Swiss sanatorium that treated war victims and political prisoners with tuberculosis. After the treatment in Switzerland, they came to Chateau Wolfenstein to recover in peace. This was so successful that the castle was expanded with a much larger hospital nearby, which after closing in 1992 is today used again as an asylum seekers center. Chateau Wolfenstein has not been part of the sanatorium since 1974, but it was still used as a resthome for years. It has been abandoned since the 1990’s