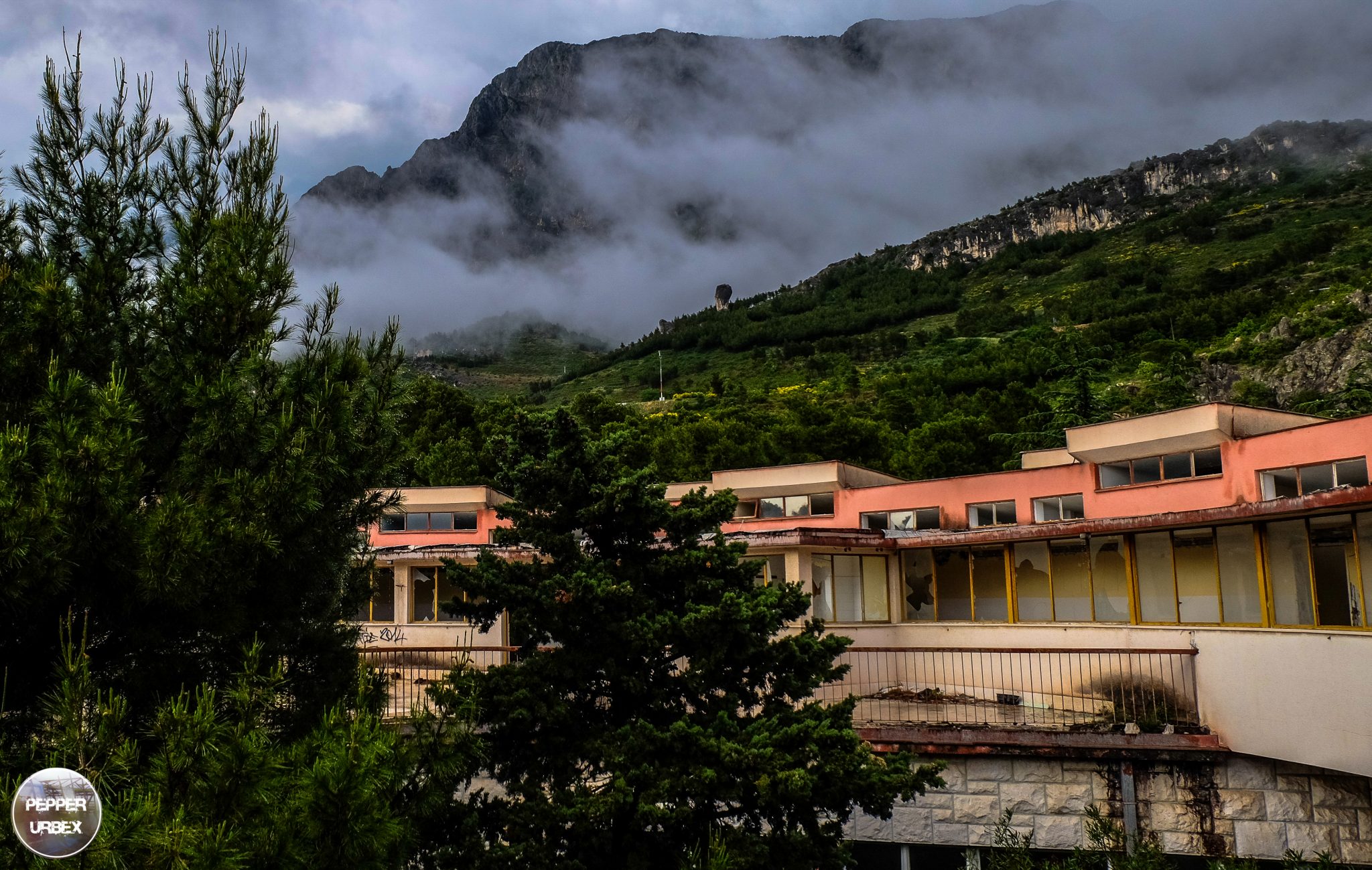 This abandoned structure in Krvavica, Croatia, was a Children’s Health Resort from 1964 until the end of the 80’s. Many of the children who stayed at the seaside resort by the Makarska Riviera suffered from asthma or so-called ‘weak lungs’.

The structure, completed in 1964, has been described as a ‘ring on pillars’, with one side of the ring offering a view of the mountains, and the other a view of the Adriatic Sea. The outermost section of the ring contained a series of modules with three separate rooms: two hospital rooms for children, with a nurse’s room in between. This optimized the nurse’s availability in the event of an emergency. Each room had access to the terrace.

The resort served its intended purposes until the war began in early 1991, and refugees started flooding in. Like so many others, the building was neglected during the war years and was ultimately abandoned. According to the website for the town where we can find the resort, “the former resort for children…due to difficulties of privatization…has been empty since the Patriotic War”. The public knew little about the former resort for many years, until an article about it was published in 2008.
On August 31st of 2013, the decaying resort was placed on the register of protected places. Given the fact that it’s abandoned and still managed by a state-owned company, the ultimate fate of the building is anyone’s guess.