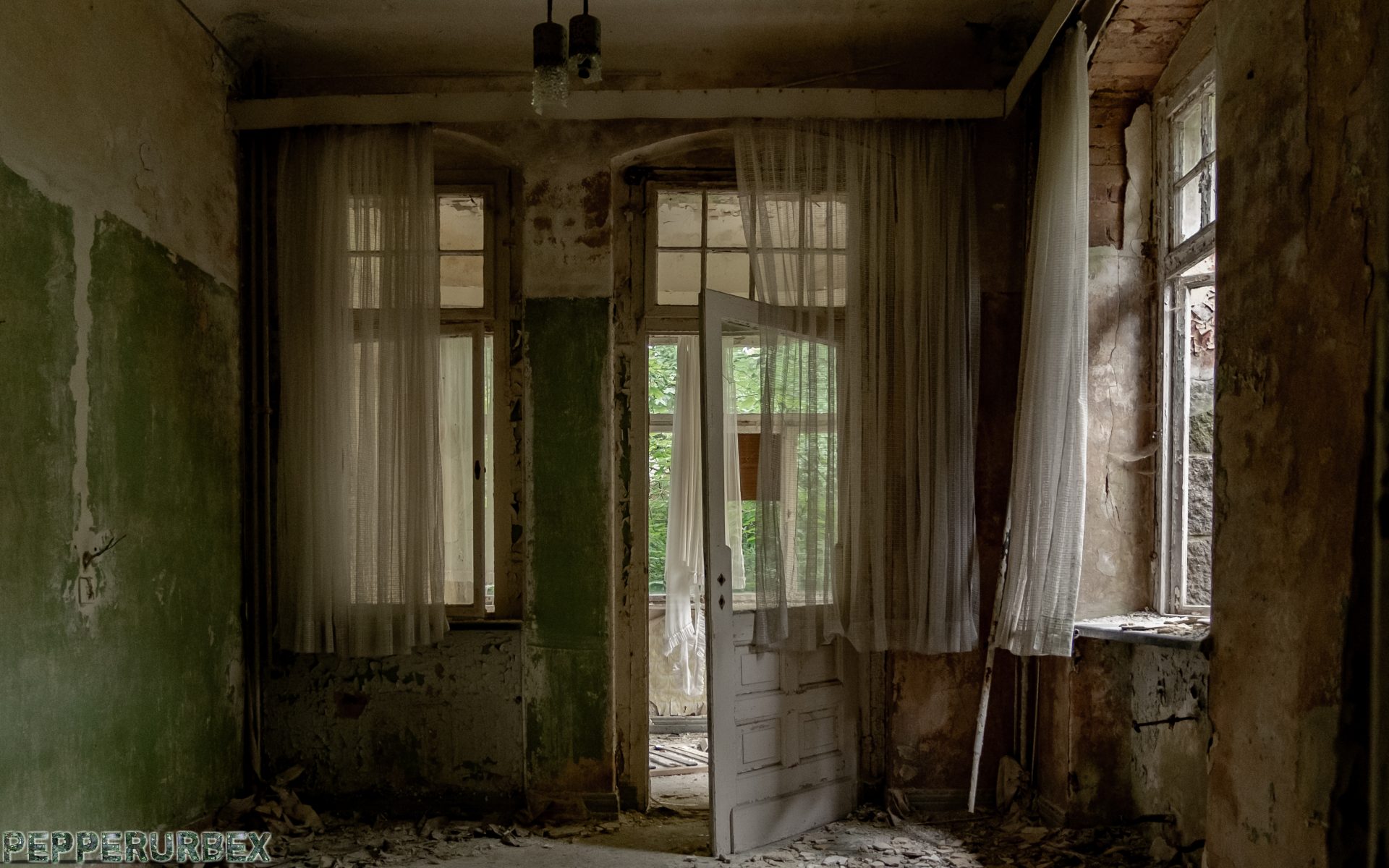 During the return trip from a short holiday in the Harz Mountains last summer, we took a short break for this beautiful location. We were dropped by our fellow explorer Lia, who then looked for a strategic place to keep an eye on things. Twan and I were able to stretch our legs for a while in this large building, where the great decline started a long time ago. With some crumbled ceilings and stairs that are not completely reliable, a great challenge!

Erholungsheim Hermann Duncker was built in 1909 as Villa Waldpark. During the First World War it served as a military hospital and subsequently became the Kurhotel Barenberger Hof. Between the World Wars it became a rest home and was called “Barenberg Rest Home”. After some name changes it eventually became Erholungsheim Hermann Duncker.
The building belongs to a Berlin company group that originally planned to convert the building back into a luxury hotel, but it has been empty and abandoned since 1990. Nothing has been done to secure and maintain the building so far and a speedy restoration seems questionable.