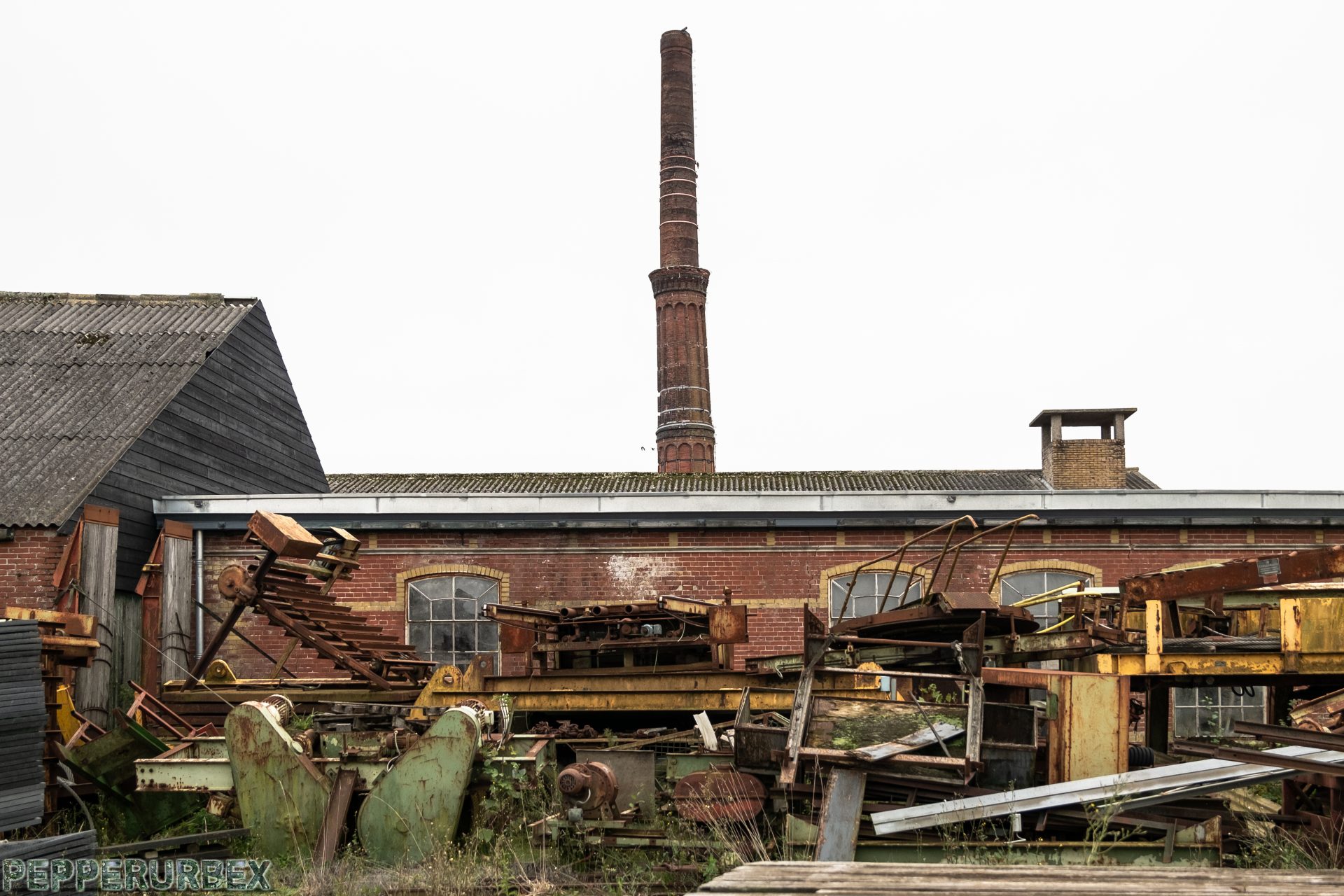 The factory is a former mechanical brick factory, which has been manufacturing bricks for almost a hundred years.

The company was founded around 1872 by Jan Helder. In 1968 the brick production was ended as part of the reorganization of the brick industry in the Netherlands. The business complex was put up for sale in 1969. The site has since been used as a contractor’s storage site.

A special feature is the chimney, the lower part of which dates from 1872 and is decorated with brick niches. Originally the collar of ornamental masonry formed the end of the chimney. The chimney was extended in 1879.

The ring kiln, chimney, an old hedge house and three younger hedge houses are recognized as national monuments. Already in the Middle Ages there was talk of making brick in Oostrum. The ring kiln is an example of “one of the earliest properly functioning ring kilns in the Netherlands”. The factory is the only fairly intact example of its kind in the north of the Netherlands.

The stone factory was sold in 2010, whereby it was agreed that the selling party could continue to use the buildings and grounds. This has led to a legal battle between seller and buyer for years. The chimney is currently being restored, but the new owner wants to use more than three million euros to restore the stone factory and turn it into a recreational cultural-historical heritage center.
I have good contact with the selling party and we both wonder how long that will take. In any case, I would like to take a look at the site and the factory soon. With permission this time, of course.