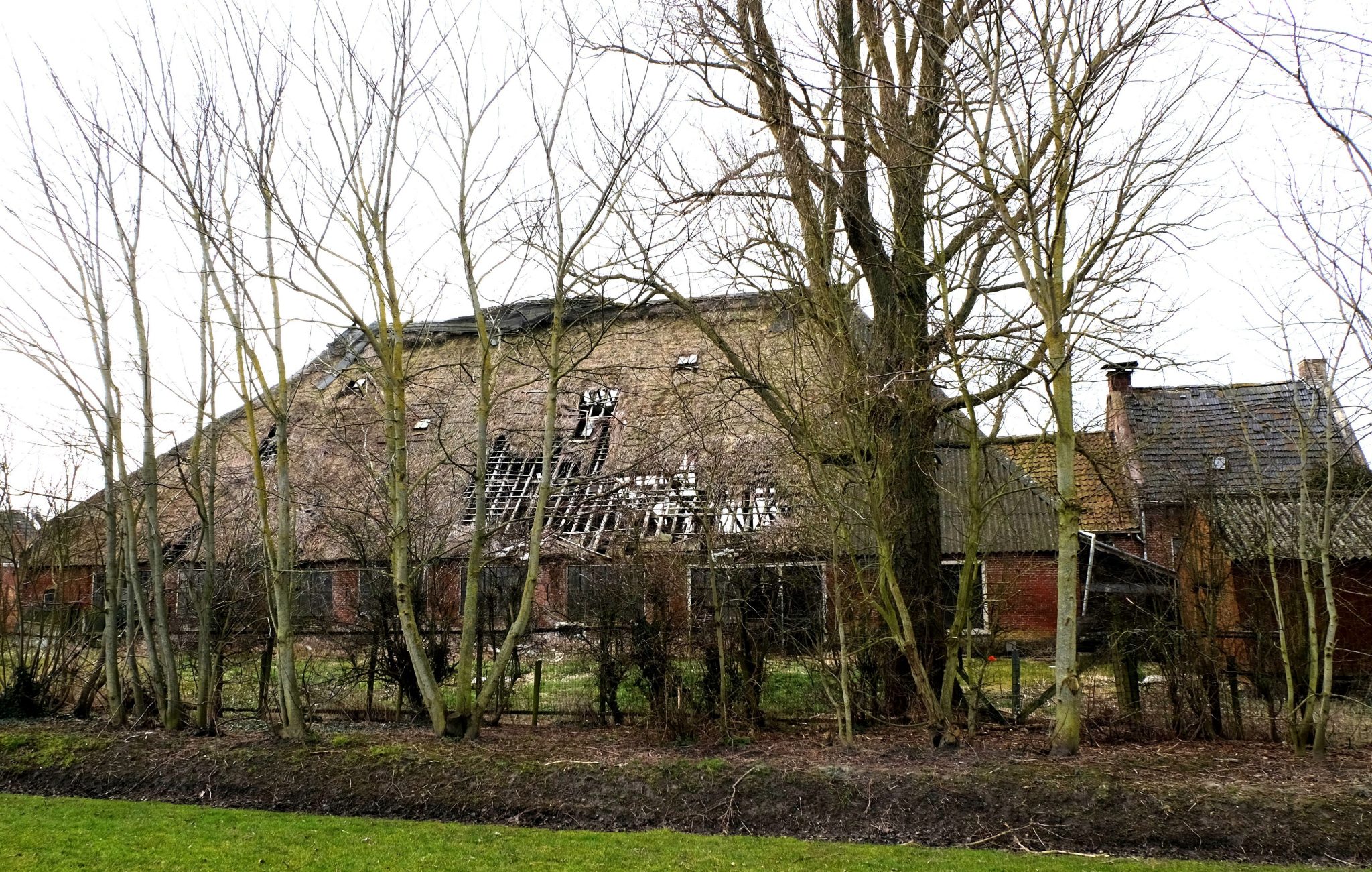 My son and I visited this urbex location, an abandoned farm in my place of birth, in march 2015.

I clearly remember this farm, owned by the Venema family, was in use. The farm was next to the local soccer field and the smell of the herd was not always pleasant during matches. It was so bad that the adjacent ditch was completely flooded with manure. But that’s more than thirty years ago, and it has been years since the farm lost it’s agricultural function. During a severe storm in 2005 a part of the roof collapsed and not long after that incident the farm became abandoned.