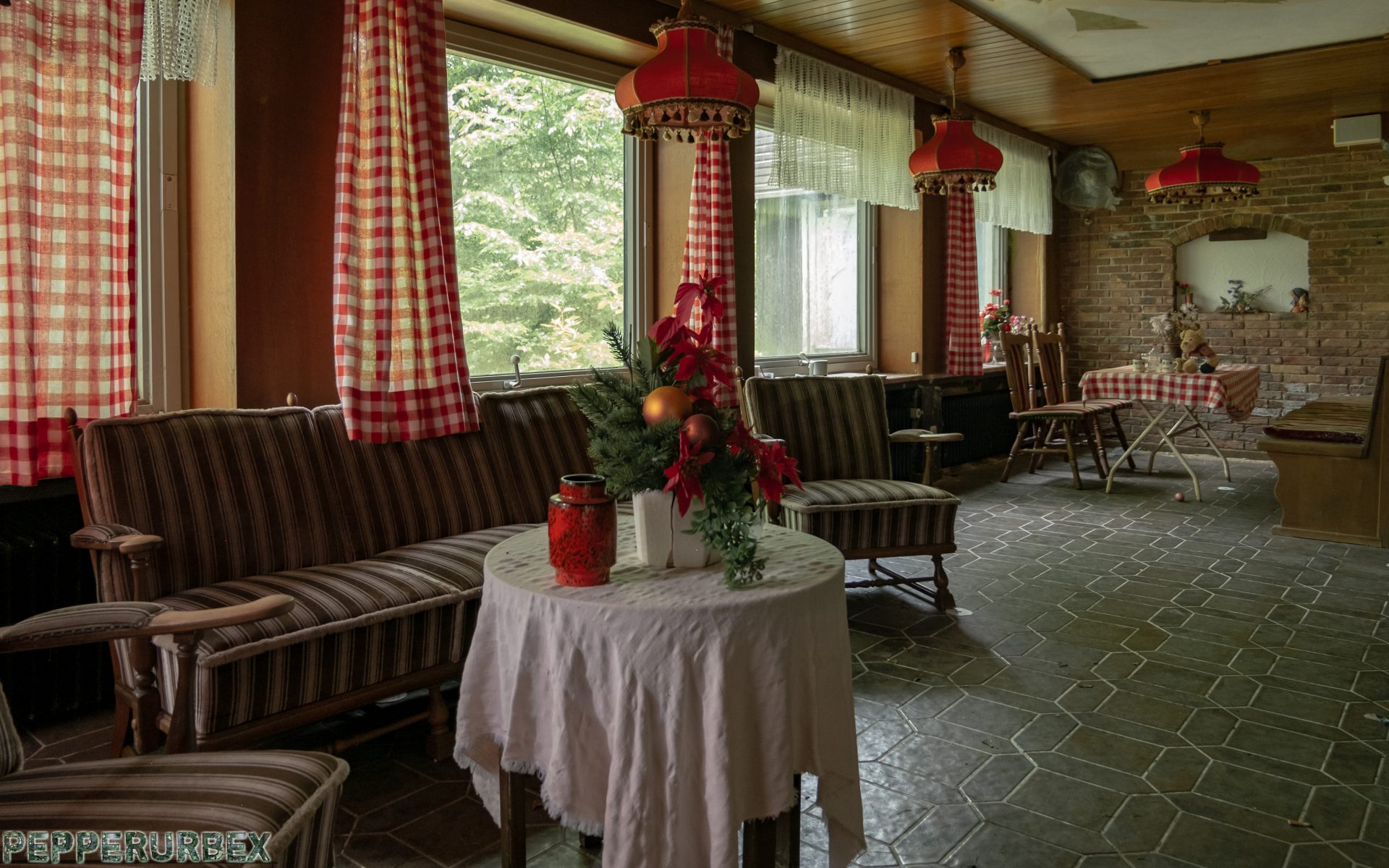 To get in, fellow explorer Twan and I had to quickly climb in through a window at the back, because the hotel next door was being renovated. So construction workers were busy a few meters away, but because of our experience they obviously did not see us.

Hotel Eden is located in a beautiful nature reserve in the Harz. Overlooking a large lake, it provided a nice base for nature and wintersports lovers in its glory days. There was a large beautiful terrace in front of the hotel, from where you could enjoy the beautiful view while having a snack and a large beer.

During the good years, an extension was added to the original hotel. In this extension is the reception, restaurant / bar. We have learned from stories that this hotel was often visited and popular with the local residents who came to have a drink, or a few more!

At one point the hotel was put up for sale and bought by a Dutch couple, but after the purchase by the current owners the hotel is still empty and slowly it’s decaying after all these years. It is a shame that in such a beautiful location in the middle of the Harz region the name Eden doesn’t do justice to its surroundings anymore.