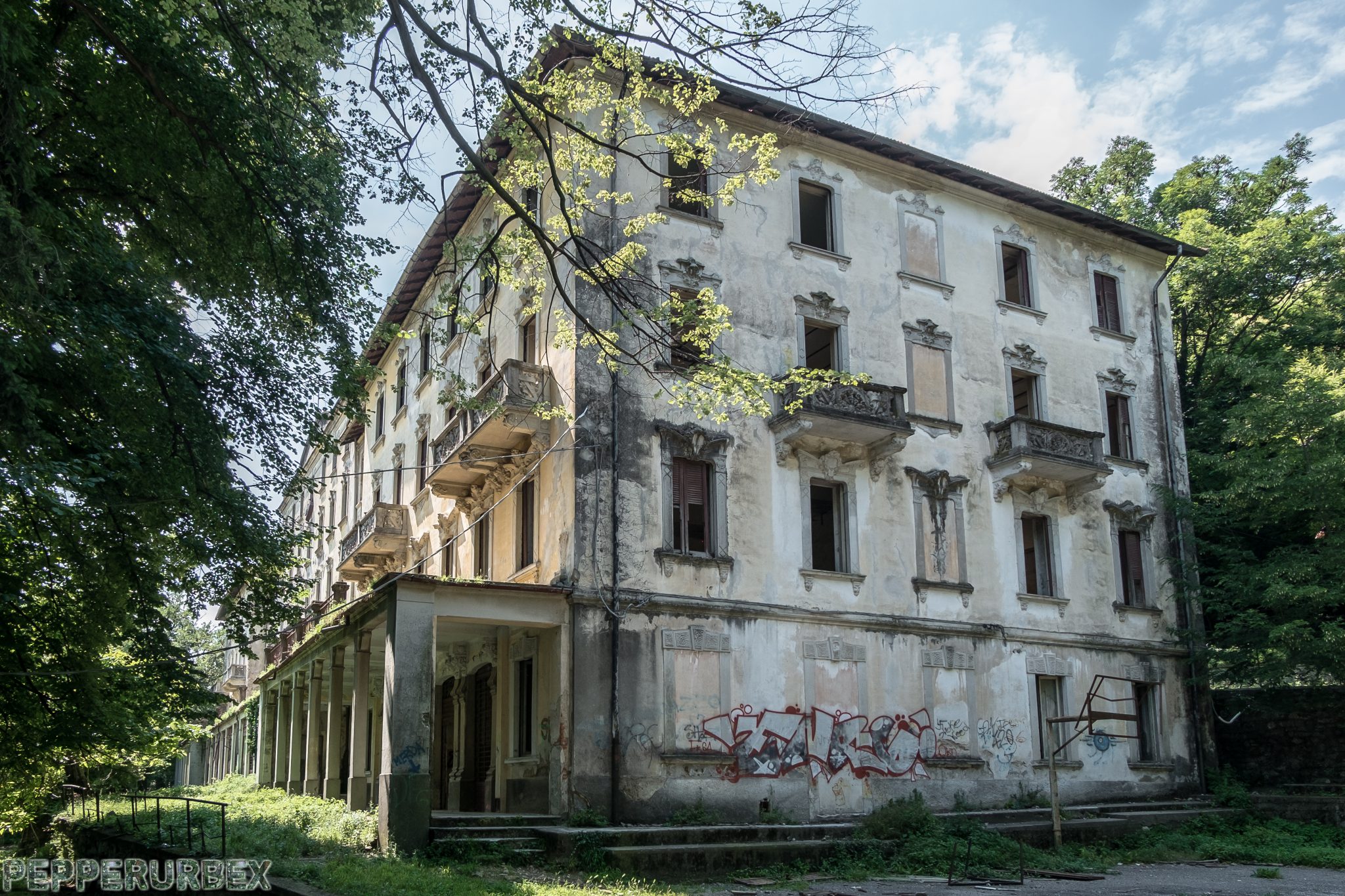 The midsection of this building opened in 1912 as Grand Hotel Prealpi. During the First World War the two wings were added and it was converted into a military hospital.

The nuns were very strict and there are rumours that the children were locked up naked in cold small rooms when they had complains.

Today, the building is in a terrible state of neglect and decay; the old and beautiful Art Nouveau style on the outside is slowly falling apart. It has become a toilet for goats: in fact, most floors are literally covered with carpets made from their dung.