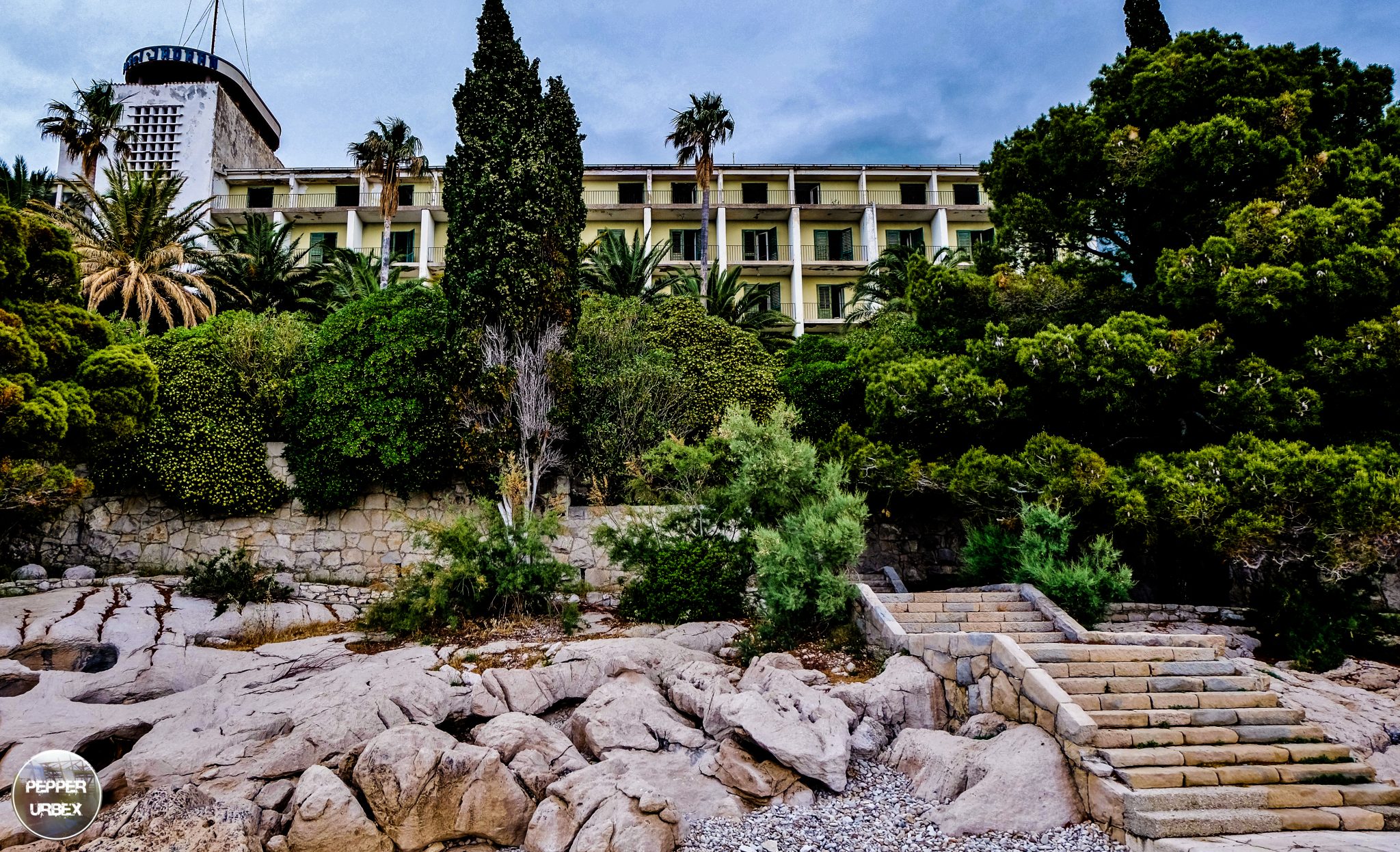 Hotel Jadran was socialist Yugoslavia’s first hotel. When the construction of the hotel finished in 1950, most observers agreed that it was the most beautiful on the coast, situated along a three kilometer stretch of pebble beach on the Makarska Riviera in the tiny town of Tucepi, and surrounded in pines. This was my first urban exploration in a foreign country.

After the war began in 1991, the hotel served as a refugee shelter. When the property was vacated four years later, refugees took hotel furnishings with them, including works of art. This made it impossible to re-open as a tourist facility without major renovations. By the late 1990s, the hotel was completely abandoned.