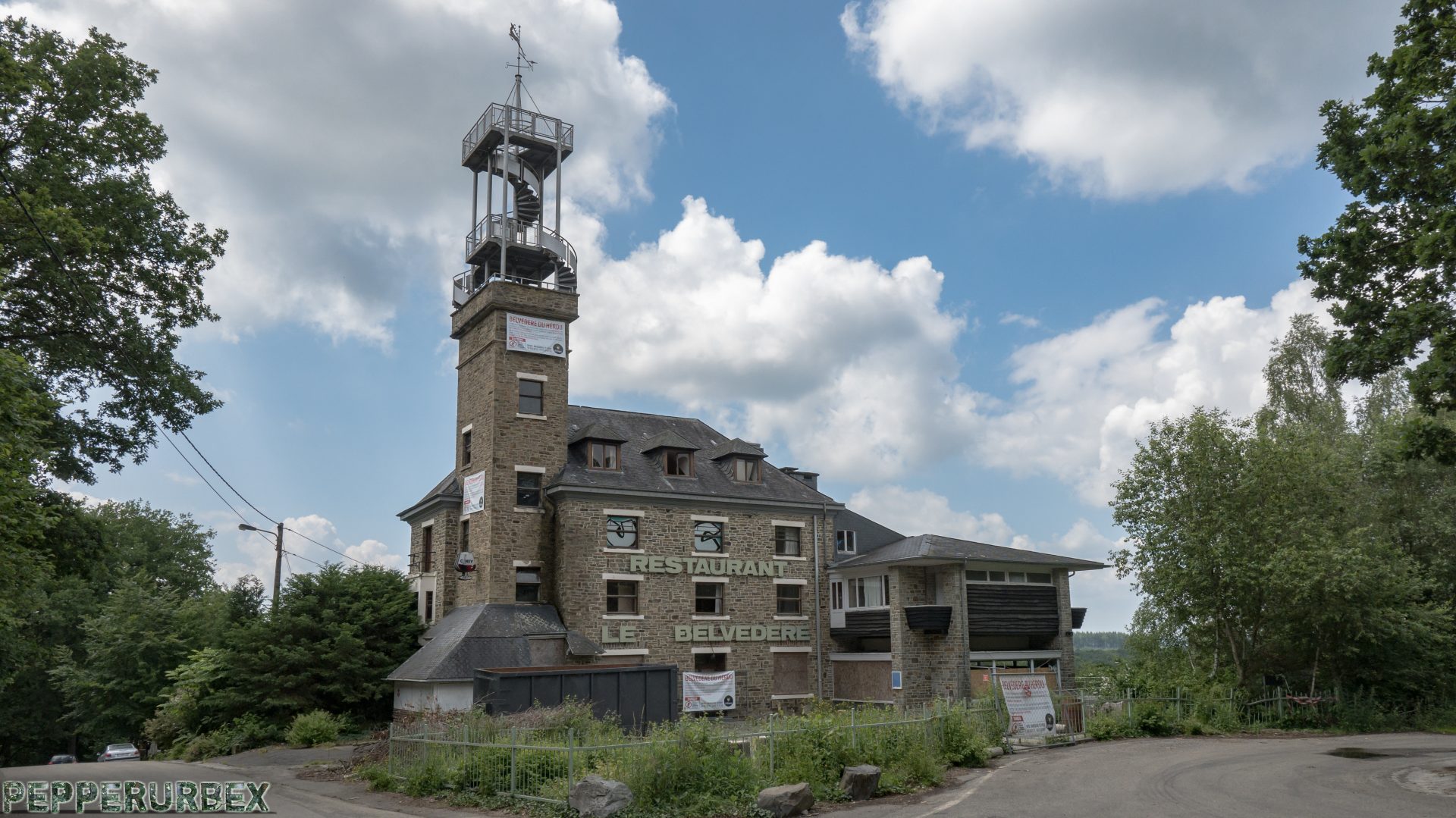 Hotel Le Belvédère is located on top of “Le Hérou”, a rock wall in a meander of the Ourthe. The history of the hotel, in the northeast of the province of Luxembourg, is vague.

Although the restaurant itself has little to offer, the ascent of the heavily decayed tower was a bit exciting. But I survived!

What is certain: there was already a hotel with a watchtower when the rock wall “Le Hérou” was declared a Walloon heritage in 1937. Over the past decades, the tower and the hotel have been renovated and expanded several times. From the 35 meter high tower you have a view over 6 bends of the Ourthe, hence the name of the viewpoint: “Belvédère des six Ourthes”.

Hotel Le Belvédère closed its doors in 2009, after which it was maintained for a few more years. By 2012, however, no one was looking after it. The doors were broken open and the hotel fell prey to vandals and thieves.

In 2014 Hotel Belvédère was completely emptied and closed again. That is how it still stands. There are no plans for the complex. The tower and the vaunted view remain closed to the public.