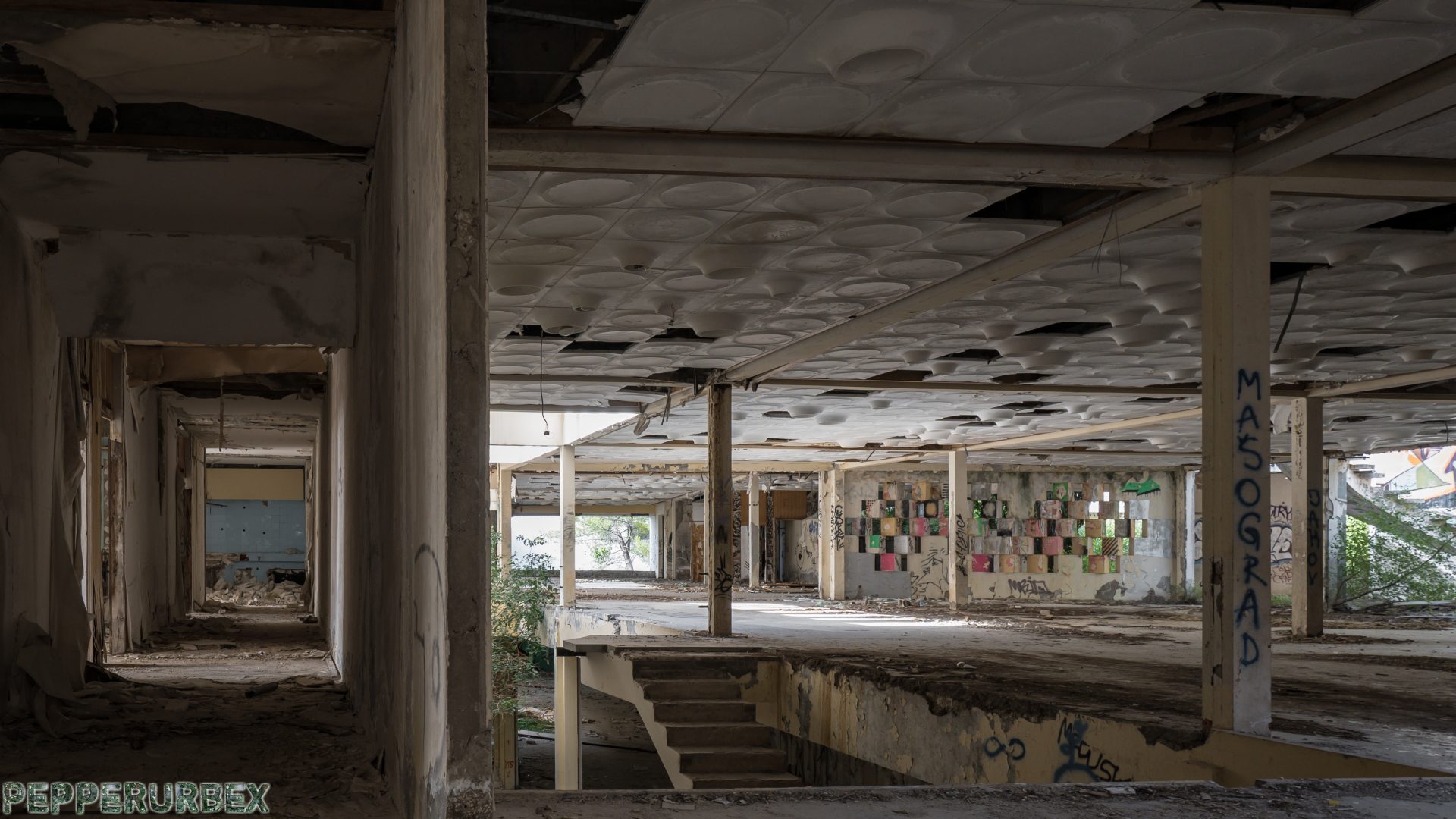 Hotel Marina Lučica opened in 1971, during the heyday of Yugoslavia’s popularity as a tourist destination. With over 700 rooms coupled with excellent facilities, the hotel was considered to be one of the most modern hotels along the Adriatic Coast.

It also happened to be a nudist hotel. By the ‘60s and ‘70s, naturist vacations were very popular in Yugoslavia, especially among German, British and Dutch tourists.

After the Croatian War of Independence, which lasted from March 1991 to November 1995, tourists stopped coming and that would have been enough to ensure the hotel ceased operations.

These days, Hotel Marina Lučica is a shell of its former self. Anything of value was stripped out a long time ago. Yet, with a little imagination, it’s easy to envisage the resort’s original modernist design, and I’m sure the interior would have been very sleek back in its day.

For the time being, Hotel Marina Lučica remains an interesting place for a bit of urban exploration and an excellent spot to get a stunning view of Primošten. Me and my wife spent an hour at the hotel, checked out and went for a cold beer at Primošten!