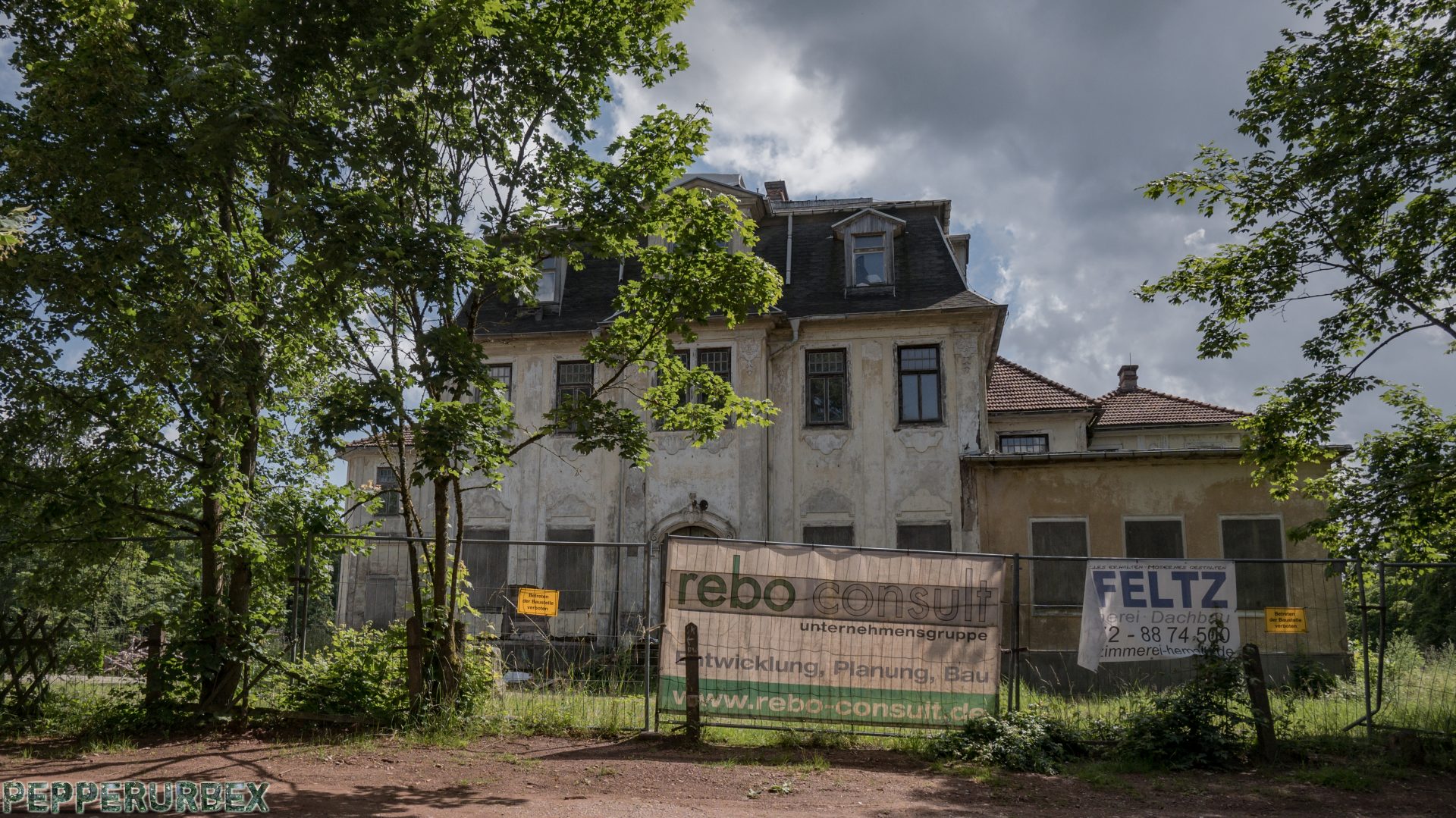 Duke Johann Wilhelm von Sachsen-Eisenach had a large zoo set up as a hunting facility. An entrance to this zoo was located at the site of today’s Hohe Sonne. To protect the zoo from poachers, the hunter’s house, built in 1747, was next to the gate.

The hunting lodge was the ideal starting point for extensive pleasure in the princely hunting grounds in western Thuringia. Eventually the original Hohe Sonne was demolished.

Today’s Schloss Hohe Sonne, built in 1899, was planned and applied for as a hotel with 20 rooms. Since that time, the Hohe Sonne has been used intensively as a place for excursions and starting point for hiking. The first refurbishments and major conversions took place in the 20’s and 30’s, the last major renovation took place in the 70’s. In 1985 Hohe Sonne was closed and despite a few traces of renovation it is still abandoned.