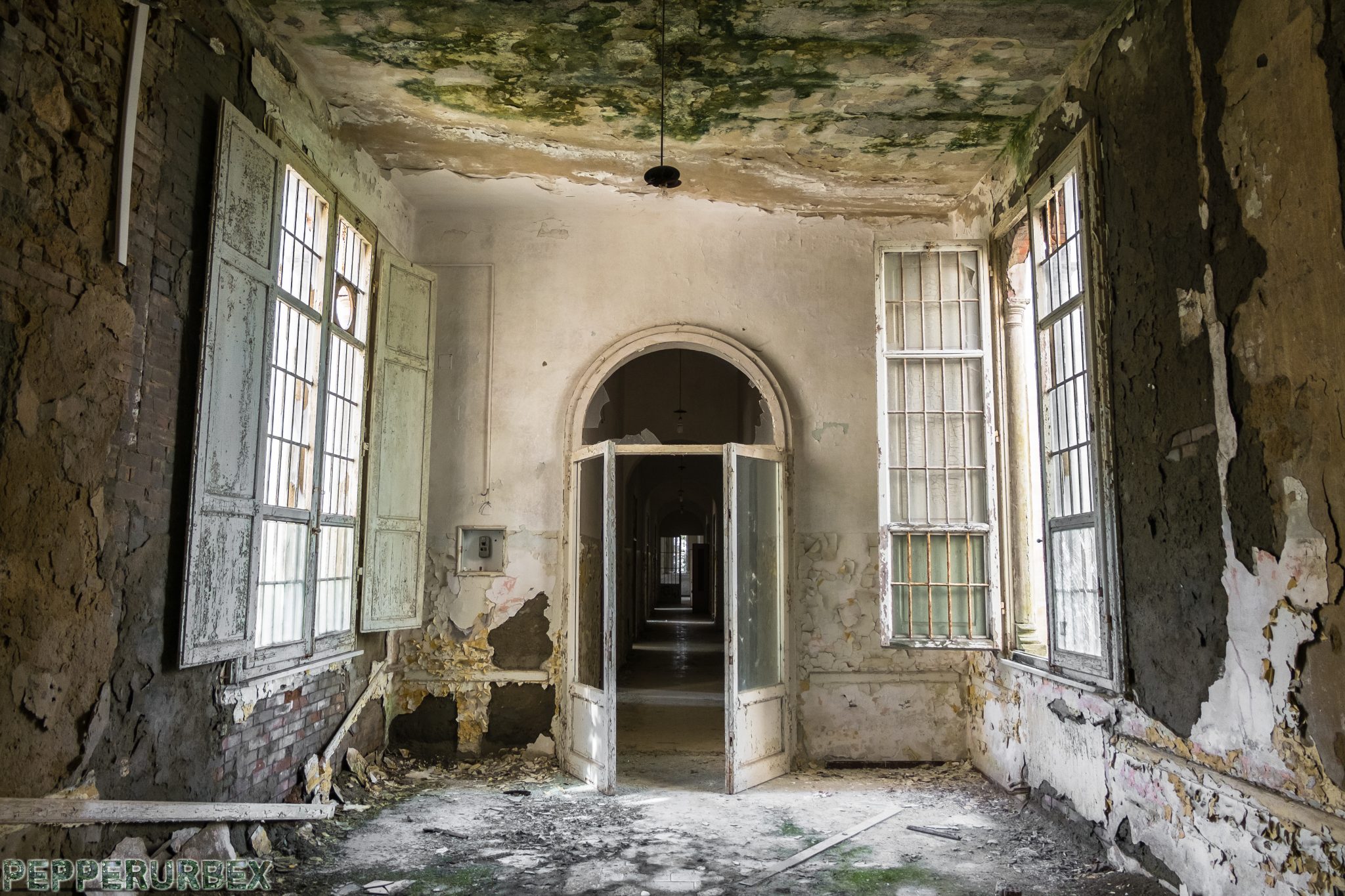 Volterra Psychiatric Hospital is a former psychiatric hospital in the city of Volterra. Founded in 1888, the hospital was known for its brutal treatment of inmates. It remained open until 1978, when it was closed following the passage of Law 180, which directed the closing down of all existing psychiatric hospitals.

Looking like something straight out of a horror movie, the Ospedale Psichiatrico di Volterra is the crumbling husk of a mental institution that was closed due to cruel treatment of its patients, one of whom left a mysterious work of epic scale etched into the plaster of the walls that imprisoned him.

The buildings that once housed the psychiatric hospital stand on a hill in a forested area. After walking down what was once the asylum’s private street, one reaches the most recently constructed building (there are four structures in total). The building has been severely damaged by vandals; the windows have fallen in, and the outside walls are covered in spray-painted graffiti.

Until Law 180 put an end to the age of asylums, going to Volterra often meant being interned in the Ferri pavilion (the psychiatric hospital’s judicial section), which harbored 6,000 people simultaneously, with 20 sinks and two toilets to every 200 patients. One could be locked up in the Ferri at the first sign of depression or schizophrenia—or even due to accusations of political or moral transgressions.

Currently, the former asylum’s physical plant is in a process of total surrender to the natural world.