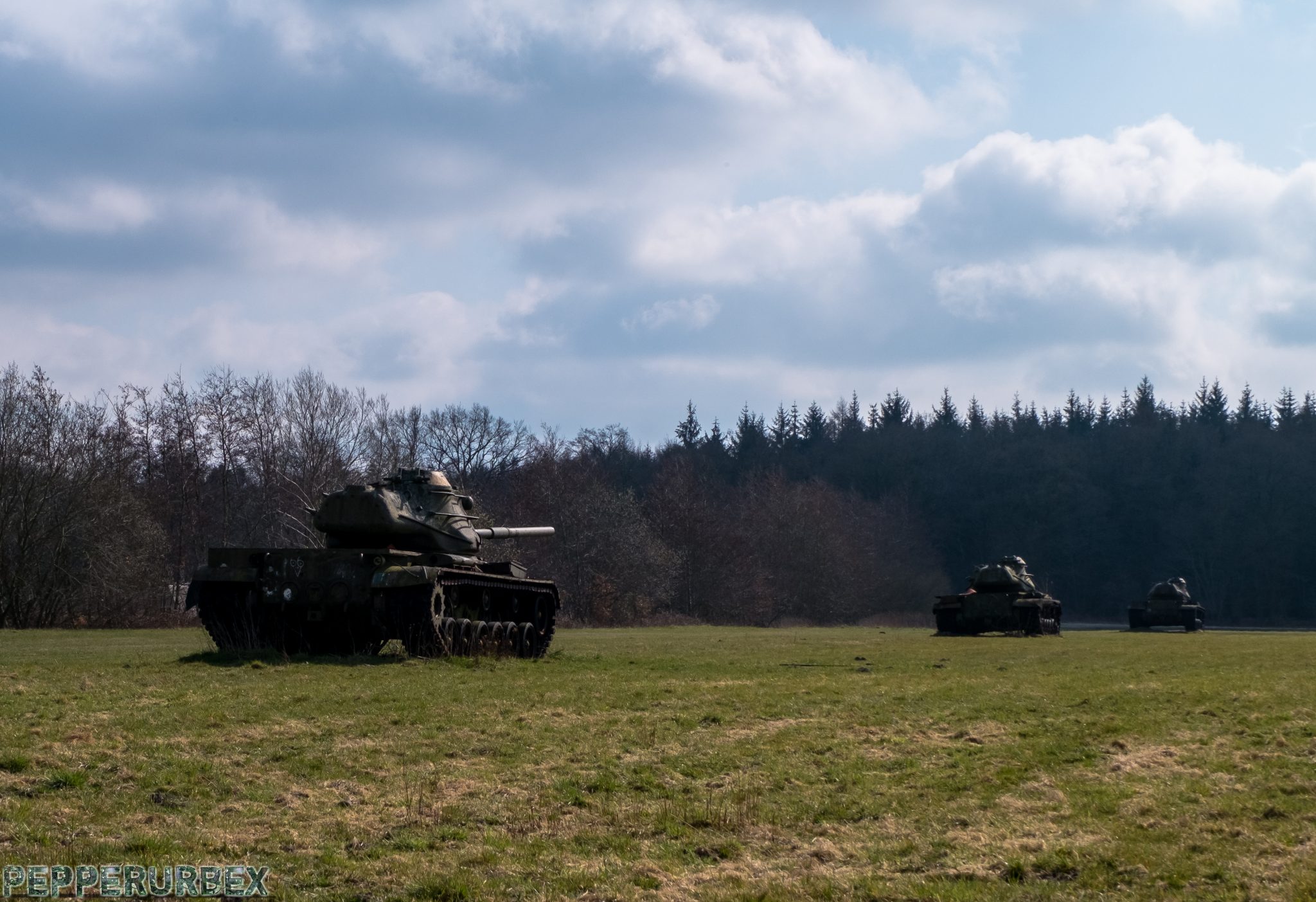 Wahn: once a flourishing village, but since the Second World War a ruin in an area which is still the largest military training area in Europe.

Crossing the border with Germany at Sellingen or Ter Apel, it is only a half hour drive to the village Wahn. Or rather, where the village of Wahn once existed. Wahn has become a dense, dark and lonely forest with a sad history.

The rhythm of nineteenth-century everyday life in Wahn was thoroughly disrupted by the arrival of Firma Krupp from Essen. In 1877 Krupp bought a huge piece of land north of Meppen, where it could test the guns produced by the company. Improving their guns, Firma Krupp shot farther and farther with their artillery, until they could not continue. That was because of Wahn.

In 1936 Adolf Hitler visited Wahn and his choice was made quickly: Wahn had to leave. The territory had to be added to the military area. The inhabitants were given the choice of two houses or farms in the area; they had to choose one and leave the area. Within a short time the village was demolished and Wahn no longer existed.

The Tanks of Wahn are in a field next to the forest where Wahn once existed. Symbolically all the barrels of the guns are pointed to the forest.