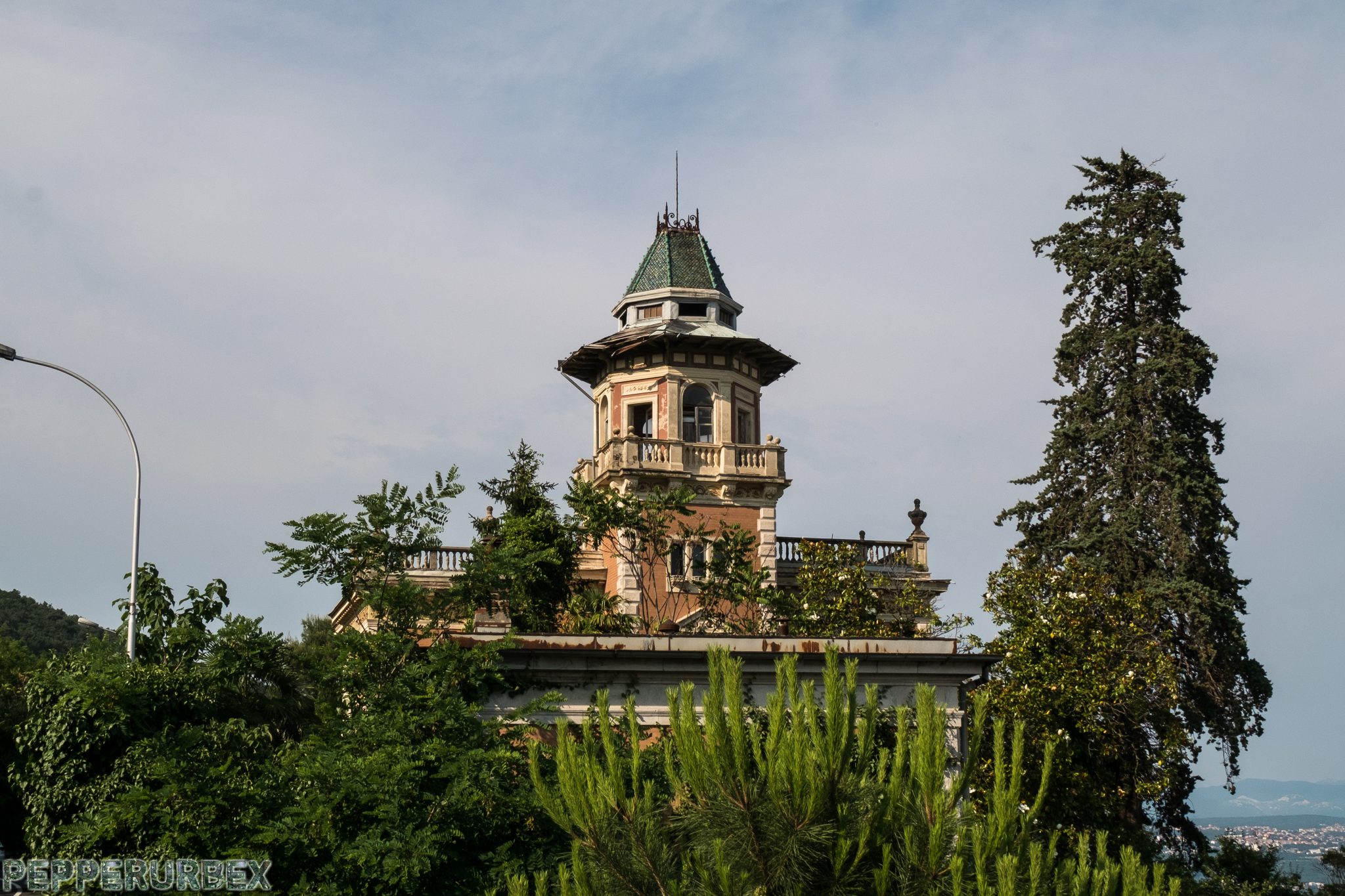 Villa Münz, despite its neglect and the enormous investments that lay ahead, is one of the great symbols of the Opatija Riviera. It has become a real jewel of Opatija riviera; the famous tower of villa Münz  is still on all the postcards of Icici!

The villa, built in the first decade of the 20th century for the wealthy Austrian Jakob Ludwig Münz, the builder of electric tram lines in Opatija and Pula, has been in a desolated state for almost 20 years: the facade has fallen, the windows are broken, the roof is leaking and the once beautiful environment is overgrown and neglected.

After WWII, the villa was nationalized and since 1952 it has been used as a children’s sanatorium for children from Macedonia. During the civil war of 1991-1996, the villa accommodated refugees from the southern regions of Croatia.
After the war the villa was abandoned and now, some 25 years later, the villa is in a terrible state.